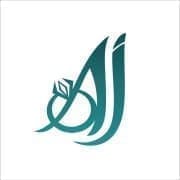 Have a look at the Maharashtrian Jewellery Collection Offered by Anuradha Art Jewellery:

Thushi: Thushi is a typical Maharashtrian Jewellery necklace which is available in different designs and patterns.  Thushi is choker style necklace woven with golden beads and its round pendant has pink or green colour stone. There are few types of thushi necklace which are very popular like Thushi mangalsutra, Kolhapuri thushi and Gadi thushi.

Ambada/ Veni Phool: Ambada pin or Veni phool is the ornament which is used to decorated the hair bun. This traditional Maharashtrian jewellery hair brooch is available in various designs and pattern. It is decorated with sparkling stones and has a golden finish. Get unique range in juda pin online at Anuradha  Art Jewellery.

Bugadi:  Bugadi is the Maharashtrian jewellery which is worn on helix part of the ear.  This aesthetically beautiful ear ornament is mainly worn by Maharashtrian as well Northern women. Maharashtrian Bugadi is usually designed with pearls but now in modern times, there is lots of fancy diamond and oxidised bugadi available in beautiful designs.

Vanki:  In Maharashtra, the armlet is known as vanki or Waki.   Maharashtrian bajuband is very distinct & Peculiar in shape.  It is mostly embedded with pink or green colour stones along with pearls.

Belpan Necklace: Maharashtrian Belpan necklace is inspired by nature, the belpan inspired leaves pendants are beautifully woven along with golden beads. This necklace lends a graceful touch when clubbed with paithani or nauvari saree.

Kolhapuri Saaj: Kolhapuri saaj is named after city Kolhapur.  It is very popular among Maharashtrian women.  This Kolhapuri necklace is styled with Jav Mani (golden beads) along with 21 pendants which are in leave shape.  Every pendant of this saaj has importance and meaning.  From this 21 pendants,  10 pendants define the avatar of Lord Vishnu, 2 pendants have ruby & emerald respectively, 8 pendants are for astamangal and the last pendant is Taviz which is the centre pendant.

Chinchpeti: This is the pearl choker necklace set which has beautiful pendants woven with pearls.  The pendant of a chinchpeti necklace is embedded with sparkling stones. This neck-piece comes with adjustable dori, so that it can be fitted properly.

Maharashtrian Mangalsutra: It is also known as Ganthan. Maharashtrian mangalsutra has peculiar design it has vaati pendant (bowl-like pendant).

Tanmani Necklace: This necklace has a pendant and three to four layers of pearl beaded chain. Tanmani necklace is short moti necklace available in beautiful designs and pattern.

Putli Haar:  Putli haar is a necklace which has a coin pendant woven in a thread string. There is a gap between two coins.  The coins of the necklace feature intricate carving of Goddess Laxmi.

Chapla Haar: Chapla haar is similar to Putli haar, in chapla haar there is no gap between the coins. The coins of this necklace feature intricate carving of Goddess Laxmi and so it is also known as Lakshmi haar.

Bakuli Haar: This necklace is inspired by the Bakul flower so it is named as Bakuli haar. It is a long necklace available in a single layer, double layer or multiple layers.

Rani Haar: Rani haar is the long pearl necklace with the broad pendant which is styled with diamond, ruby, emerald stones.  This necklace lends royal look to Maharashtrian women.